How to overcome suicidal thoughts

Suicide has become a major health issue in the recent times. There are multiple factors involved and thoughts of self harm is very dangerous not just to oneself but also to the family and friends who care.

There have been many cases of suicide. Indian actor, Sushant Singh Rajput who was found hanging at his Bandra residence on June 14, was said to be depressed despite the beginnings of a successful career. A lot of blame has been put on Bollywood for being nepotistic. Another case was of 16 year old Siya Kakkar who was popular on TikTok for her lip-syncing and dance videos. Although the reason for her suicide wasn’t given, her manager claimed she was in a good mood before her death. Another girl at Delhi University who was also a TikTok star reportedly committed suicide. She was suffering from depression and the recent ban on the Chinese app was suspected to have triggered it. Mohammad Zakarya, a Pakistani teenager committed suicide last month after failing to complete an online game task. The boy’s father admitted to his obsession with the game on which he spent many hours a day.

Recently Dr Anurag Kumar, a junior resident at the department of psychiatry at AIIMS had been suffering from mental health. Despite discussing openly about his depression, he died during treatment after jumping off the 10th floor of the doctors’ hostel where his mother was staying with him.

One would question, that despite having success and fame why would people go to the extreme of taking their lives. We can’t know all the answers but we do know that especially in this information age, there’s a lot of negative impact on peoples’ lives, more than before. Peer pressure, over exposure of teenagers to the internet, trying to meet society’s expectations and self-isolation are some of the identified factors. Added to that is the lockdown due to the COVID-19 pandemic.

Research results from the University College London shows that 8,000 out of 44,000 people have thoughts of self-harm and 42% have accessed support services. A further 5% said they had harmed themselves at least once since the start of the UK’s lockdown. 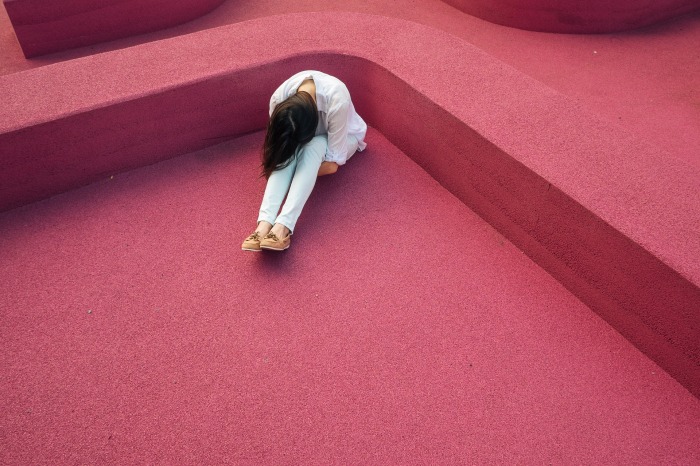 Adrian James, the president of the Royal College of Psychiatrists said “The pandemic has had a serious negative impact on mental health. We are concerned by the number of people who were not able to get support during lockdown. To meet this anticipated demand we need to see urgent action from the government to deliver significant and sustained investment. Without it, services will struggle to cope.”

Ethan Pattison from UK has recently opened a new barber shop after battling with depression for three years. Though he was a successful businessman with two barber shops, he was internally breaking down.

“It all became a little overwhelming at the time, and it was extremely difficult to let go of the business I had built up since 2012,” he said.

After seeking help from local support groups and loved ones, Ethan is now rebuilding his life and is encouraging others to get help.

The pandemic has turned the world upside down and shattered many peoples’ lives. From loss of jobs and the day-to-day struggle of keeping good health, it has become more difficult than ever to be cheerful and motivated. Kanchan Rai, a Harvard graduate and mental wellness coach has applauded that mental health is getting the attention it deserves.

“Mental health is an important issue and should be spoken about just like how economic health is. Fortunately, there are many NGOs and organizations, including mine, which help people cutting across generations. No one should take mental health problems lightly,” she said.

How does one recognize a person with suicidal thoughts. Generally, people don’t talk about their inner thoughts for fear that others won’t understand or laugh at them. Therefore, they try to put up a brave front. But having a cheerful attitude doesn’t mean a calm interior. Some signs of depression include withdrawal from loved ones, lack of motivation, feeling of worthlessness, anxiety, sleep disturbances and negative talks. However, it is difficult to know as people can mask these signs.

Here are a few steps you can take to overcome depression

1. The first and foremost is to open up to your family and friends, people whom you trust will listen and motivate you. Also seek a professional.

2. Stay away from negative news. No matter what channel you watch, the same news is shown everywhere. It is enough just to know the important happenings in the world and then do other things.

3. No matter your religion or belief, set aside sometime for prayer. This should be done everyday. The more we stick to praying everyday, the more our emotions will be under control.

4. There are activities you can do to take your mind off negative thoughts and use this time to be productive such as drawing, painting, knitting or simply reading a book. Creativity reduces stress.

5. Reduce the use of social media. Many people use this as a front to harass and pressurize others so one has to be careful or in the case of teenagers, need parental guidance.

6. If you notice someone having suicidal tendencies, reach out to the person. Be compassionate and emphatic to all.

Already many people are suffering from poverty and disease. Everyone is fighting their own battles, some openly, others silently. We shouldn’t expect the government to solve our everyday problems. We should come together as a family and help each other to the best of our abilities.

Like Loading...
‹ Can cosmetics increase the risk of breast cancer
One of nature’s wonders – The smallest bird in the world ›